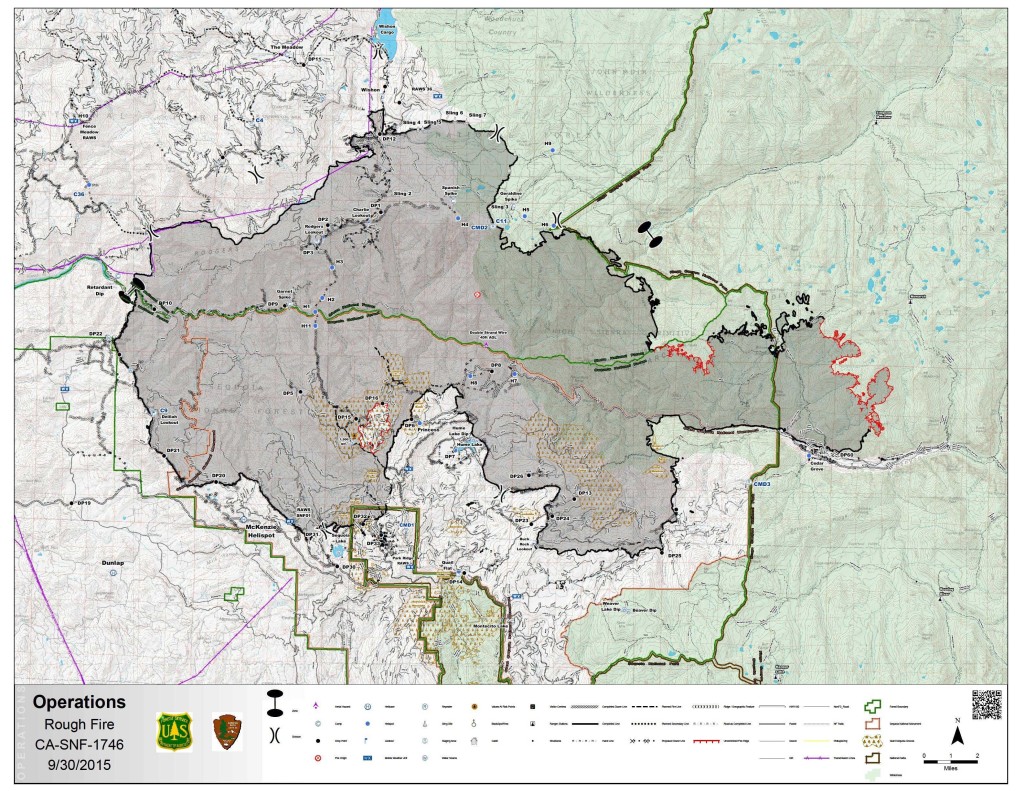 Friday November 6, 2015 Rough Fire Now 100% Contained
ROUGH FIRE, Calif. November 6, 2015 – For nearly three months the Rough Fire has burned in some of the most rugged terrains in North America. Started by a lightning strike on July 31st; this full-suppression fire has been one for the record books. In fact, at nearly 152,000 acres, it is the 13th largest fire in modern California history. The fire at one point had as over 3,700 firefighters working around-the-clock to put line around a fire that was difficult to capture.
Through perseverance and teamwork, fire crews were able to get the upper hand, being able to fight the fire as one allows the agencies to move to the next chapter. The Sierra National Forest, Sequoia National Forest and Giant Sequoia National Monument, and Sequoia & Kings Canyon National Parks are announcing today, 100 percent containment of the Rough Fire.
Recognizing that this fire had such an impact on the Sierra Nevada, both on the west and east side, all of the agencies involved would like to extend a thank you to the communities for their support and understanding during the time that it took to fight this difficult fire.
Certain areas that were adversely affected by the Rough Fire are closed, but could reopen as early as next summer. Roadwork to open areas within the fire perimeter will continue through the winter months, keeping the safety of the public and staff as our main priority.
As the weather changes to winter, all agencies begin to prepare for future incidents, such as wildfires. For the public we advise planning ahead, which includes knowing the best route out for you and your family, and being ready to go.
http://inciweb.nwcg.gov/incident/4456/
Rough Fire Now 100 ae.pdf