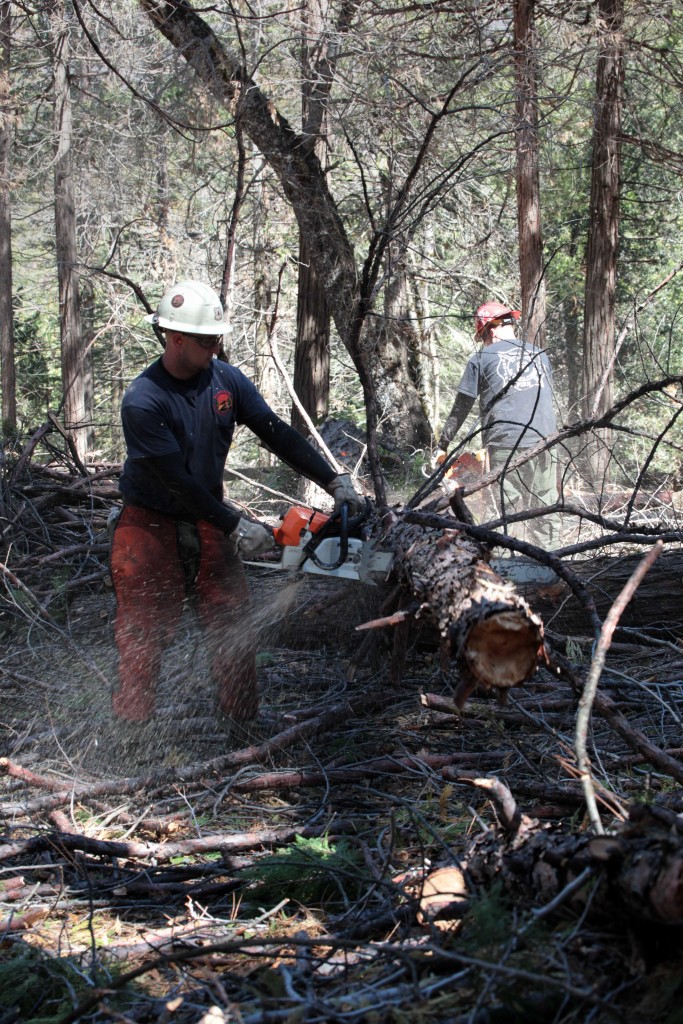 From the district press release:

SPRINGVILLE, CA March 29, 2016 – Last week, three Forest Service crews from Northern California were brought in to begin addressing the numerous dead hazard trees on the Western Divide Ranger District in Giant Sequoia National Monument, Sequoia National Forest.
Crew members are experienced tree fallers; they are firefighters preparing for the upcoming fire season. All crews received training on how to evaluate and document trees as being dead, or dying.
They began by finding and marking the dead trees in the Camp Nelson, Rogers Camp, and White River areas.  Marked trees were those that posed a health and safety hazard to the public, for example along a road. They fell many of the trees last week and will continue this week until their assignment period ends.  New crews will be brought in to replace them as personnel are available.
Once laying on the ground, the trees are being cut up to be collected by woodcutters under the Forest personal use woodcutting program.  Leftover debris will be piled and burned next fall.
All work is being done in areas covered by a completed environmental planning document. Other priority treatments on the District are focused on mitigating hazard tree danger to recreational facilities (campgrounds, trailheads, picnic areas), as well as along powerlines, roads, trails and private property interface.

Click for PDF of Release in a New Window